The Truth about Statins!

Doctors believe cholesterol is bad based on a test from 1950, a test that was later discovered to be inaccurate, but to this day, doctors still push high cholesterol medication rather than focus on the real problem, sugar – according to the video below!

The video interviews famous cardiologists that state Sugar is the real culprit (11:40), that butter is not wrong, and that vegetable oils are prone to oxidation!
Credit: Heart of the Matter Part 1 Dietary Villains 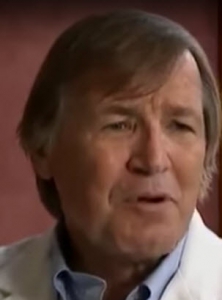 Chief cardiologist Dr. Stephen Sinatra (40 years of experience) admitting that he was the poster boy for drug companies (3:53) and frequently wrote scripts to lower cholesterol (statins). After many years of operations, he realized that this was all wrong and that most doctors still believe the data Ancel Keys fudged which made the drug manufactures so much money!

Back in 1950, Ancel Keys claimed (5:20) that saturated fat clogs your arteries by increasing cholesterol, and presented a “fat relation chart” of 6 countries which supported his claim that the more fat people ate, the higher the heart disease. Later, it was discovered that Keys withheld data from 16 other countries which would have made the chart appear differently!

Unfortunately, Time Magazine did a cover about Keys before the discovery, which made Keys famous; enough so that it was easy for him to ridicule opponents (14:20). One such study claimed people were misled by the greatest scientific deception of our times. This was compound by Senator George McGovern who supported Keys.

Dr. Jonny Bowden explains that Cholesterol is not the problem Doctors would have you believe, and that damage to the artery wall is what causes heart attacks. (18:17)

It states that cholesterol is dangerous only if it is oxidized and free radical stress is involved – that the medical community is still focused on cholesterol and they need to focus on the inflammatory theory of heart disease 21:51 and SUGAR; SUGAR should be the focus.

Replacing fats with carbs is going to create problems! (23:48). Replacing saturated fat with unsaturated fat to lower risk of heart disease is wrong advice according to the video, for example, swapping butter with margarine. Margarine is the perfect example of the stupidest swap out (24:37) and to switch to polyunsaturated fats (vegetable oils – mega 6) with the vegetable oils is horrific advice; they are inflammatory because they are prone to oxidation, have double bonds in them and prone to free radical attack.

The video below (1:31) explains a study showing that when you lower your cholesterol, you may be increasing your risk of heart failure.
Credit: Dietary fat surprise

A pharmaceutical company has a drug it claims will reduce your cholesterol and needs to do a test to show the government, stockholders, and public how useful it is.

They need 100 people for the test, so they offer it to 200 people. Of those 200 test subjects, 80 of them had horrible side effects, and many became very sick.

The pharmaceutical company tells the 80 subjects that they are concerned about them and does not want to cause more harm, so they let them go. The company also asks 20 other subjects that are likely to have adverse results to leave as well.

Now they have their prime 100 candidates to choose from, and when the test results come out they will use these numbers – Unless – those numbers are unfavorable, in which case they will use “Relative Risk” factoring to make the numbers look better.

Learn more about selling your treatment and how to manipulate numbers.

Do your research BEFORE you do anything!

I started this video at the point where Dr. Sinatra suggest that if you doctor orders a cholesterol test, then ask for Lipoprotein Particle Profile (LPP) or Vertical Auto Profile (VAP) test. Learn more about the cholesterol fractionation test (also sometimes called a cholesterol particle size test).