8 Tips for your next Job Interview!

Over 40 applicants applied for a job I posted and these are 8 BIG mistakes people made during the interview plus tips on how to turn them around! It doesn’t matter what job you are applying for, the following tips will help you land it! 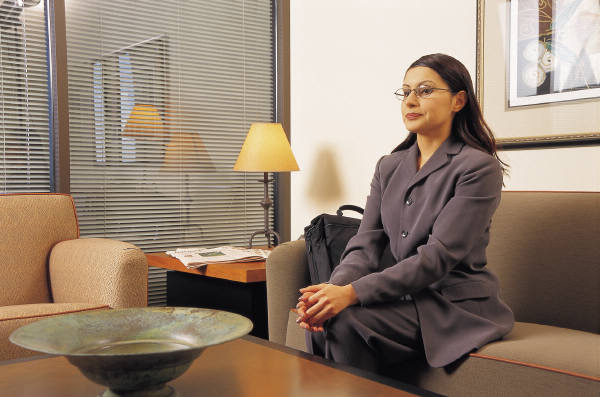 1) Do NOT make stuff up! One of the questions we asked of applicants was “What is XYZ and how can it help or hurt the company?”. Most had no idea what XYZ was but we had one that paused, came up with a quacked out definition and proceeded to explain it to us as if we had no idea ourselves! If you do not know, say that you do not know, then follow it up with how you would go about finding out. Honesty and the ability to admit you don’t know ranks well by itself.

2) Look at everyone interviewing you! One sure way to make yourself look dishonest or rub the interviewers the wrong way is to not look them in the eye – they are there to evaluate you, they want to look you in the eye and understand you – not doing that will knock you down a notch!

In my situation the person asking the questions was not in a decision making role – Don’t make the mistake of focusing only on that person! When a person looked all of us in the eye, it was a big hit, even when they didn’t have all the answers – so make sure to engage everyone because you never know who might make the ultimate decision.

3) Do as you are asked! We presented a puzzle to each applicant and asked them to tell us what they are thinking as they tried to solve it. Many completely ignored the instructions and silently began problem solving. The goal was not to figure out the puzzle, but to let us in on the thought process.

4) Do not get cocky! One person told us they were only willing to wait a week for a decision. Another wore a tee-shirt covered by a coat and halfway into the interview decided to unzip his jacket to reveal the wording like superman would his “S”. Side Note: When you are called or emailed for an interview, respond promptly. I had one person claim they had email problems and couldn’t get back to me for a couple of days (they could have responded to my voice mail also) which didn’t sit well.

5) Take your time! If you are given 25 minutes to answer the questions, then most likely you can assume the time allotted is sufficient. When asked what they hate the most about customer support, one applicant blurted out “customers that just don’t learn”. Our job description clearly states “user support and satisfaction is important” and such an answer sets a red flag! Take a moment to think about the question and why it is being asked rather than blurting something out. I’d rather have a person that takes their time to think things through rather than dive in and make a mistake.

6) Seize Opportunities! At the end of the interview, we ask the applicant if they have anything they would like to add. For Pete’s sake, take the opportunity! This is your chance to cover your mistakes, hint to them how well you’ll fit in with the team, and why you should be selected for the job!

I had a number of people get a blank look, stare at the wall and say “no, I don’t think so” – LOST OPPORTUNITY!

I had another that missed a few questions but used that opportunity to revisit them, most likely having figured out what we were looking for by the end of the interview.

The best example of seizing the moment was a person we had written off as average who talked their way up the rating. The applicant engaged all of us as if already a member of the team and even unknowingly answered questions they had previously messed up on – they became relaxed, let us see who they really were, and ended up setting themselves apart from the rest! Talk – it can save your butt! WARNING… Talk, don’t babble – one worked themselves out of the race because they babbled.

7) This one you would think is a no-brainier: dress appropriately! A number of applicants dressed so badly that we are considering adding a rating field on appearance alone. The applicants that looked professional stood out among the rest.

8) Read and research the company! Some applicants wasted their time talking about how good they are areas that are not related to the job! Do a little research about the job, those in charge and at the very least, tailor your resume to the job – DO NOT use the same resume / cover letter that you used for your last job! After reading all the applications, the ones that stood out in my mind where those that “talked to me”.

Your cover letter is your chance to talk to the person that will ultimately hire you. In my case, I had a couple of letters that I felt were talking to me as I read them and I immediately made a mental note about the person – so take that opportunity to establish a relationship before anyone else and set yourself apart!

In the end, my goal was to find an honest person that is not afraid to admit their mistakes and is willing to learn in a field they love. It is what almost every employer is looking for, so review these 8 tips and go rock that interview!