It’s late at night, you think you’ve heard something and start listening when sure enough, you hear foot steps. An intruder is in your home, heading for your room and time is of the essence. 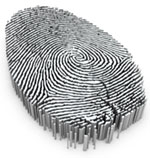 Your life depends on this next step which can go two ways:

You reach for your biometric gun safe and it fails you. The seconds you now need to wait in order for you to try again seems like an eternity. You continue to have problems and are confronted by your intruder, defenseless.

You reach for your biometric gun safe, it opens, you grab your gun and meet the intruder armed and ready to defend your family.

Fingerprint safes can play a key role in securing your gun while providing fast access to the tools needed to defend your family, but which ones really work?

That is what this site is all about, honest reviews of biometric gun safes found on the market today. There are a ton of them, with all types of bells and whistles but what do you really need and what are you willing to pay? More importantly, do they really work?

What to look for in a biometric safe:

My review of GunVault’s Biometric Safe

I purchased my GunVault Biometric Gun Safe Model# GV 1000 BIO yesterday for $200 brand at a local store. I was looking at a few different units when the fingerprint scan caught my eye; it was in demo mode and recognized any fingerprint, but I was reassured that it was very accurate. Was supposed to be the same as GV1000C-DLX model. First thing I did when I got home was open the package and to my surprise, the key was missing and without the key I was unable to scan my print. I went back to the store and they had my key in another box? Odd thing is, this package was sealed with a GunVault sticker and the keys come packaged inside the box. Yup, something is not right there, is it?

Home again, I put a 9 volt battery inside and scanned my finger. The reading was straightforward and I put it to the test, and, it failed. I tried it again and it worked, then failed… In the video below, you’ll see I tested the biometric safe 10 times and 4 of those tests failed. I’ve also retested but the results didn’t get any better. The fingerprint recognition was 100% accurate – it’s the door that’s jamming.

I talked with GunVault Support who was very helpful and suggested two items I could try.

I was told at the store I bought my safe from that I could turn off the chirping noise. I asked support exactly how to do this and he said the beeps could not be tuned off.

I’m returning the safe for a number of reasons:

GunVault support said there was absolutely no problem in returning the unit if I wanted, they would pay for everything and send me a working safe and that’s the type of support you want, unfortunately, this biometric gun safe is not for me.

Update: I brought back the safe from the local store I purchased from today (it’s only been two days) and they were not happy! I asked right up front about the beeps and the ability to turn them off. The employee that told me they could be turned off made an honest mistake because the GV1000 and GV2000 standard models can be turned off, but not the biometric safe I had. Here is the quote from the standard model’s manual (which can’t be found in the biometric model’s manual)

I received a refund and am now looking for another safe…

Water in Hull of Waverunner Easy Fix
Scroll to top