If you do business on the web, your chances of getting sued are high and too often, those that are at risk of being sued, sue first. Sad really, and I’ve seen it happen first hand to a person who didn’t realize the rights to millions until AFTER giving in to the threat of a lawsuit. 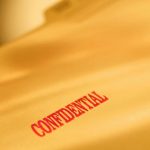 Had that person preformed electronic discovery before giving up, it would have revealed the aggressive company was actually the one infringing for fear of losing millions!

Companies like this, and others, engage in unethical and abusive behavior throughout the internet using methods such as fake profiles, anonymous proxies, and complex networks of electronic deception to attack their competitors.

There is always an electronic footprint, no matter how complex the deception, and discovering that footprint is my specialty!

Have you hired an eDiscovery firm that came up empty? If so, that DOES NOT mean there isn’t anything to find, it simply means the methods used by the other company were not effective. I’m so confident that I’ll find what they couldn’t, that I won’t charge you a cent if I come up empty handed!

As with all successful lawsuits, you can pass my hourly fee onto the other party.

Examples of electronic footprints I’ve discovered, what you might expect to find, and used in lawsuits include:

Most important, I’ll help you preserve the evidence I find so that it will be admissible in court!

Some Digital Forensic companies are made up of people trained in software designed to mimic a skilled researcher and end up billing you for a worthless report. Without their forensic software, these companies would be at a complete loss.

Discovering data on the internet is entirely different from physical discovery; it requires a person skilled in recognizing digital footprints and capable of tracking them back to their source. This is NOT an easy process, but performed correctly, the evidence can be digitally preserved so that future modifications by the other party can be used against them.

*Having worked with law enforcement and government for more than 25 years, I understand the importance of privacy, discretion, and confidentiality!

If you think you are at a dead end, leave a comment with your contact information and a brief description of your situation, and we’ll go from there. If I think I can help, and that it will be worth my time, I’ll dig in and give it my all!